Who’s down for some nachos?! 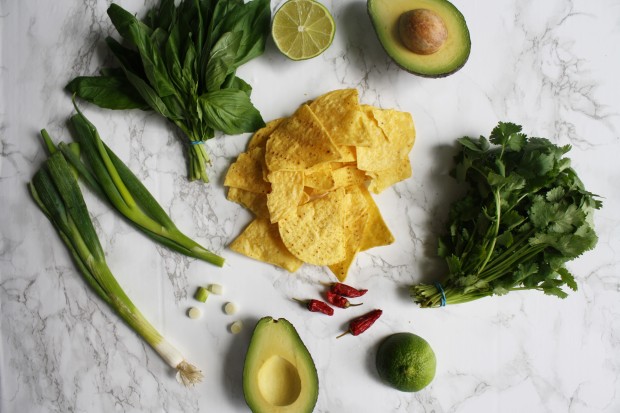 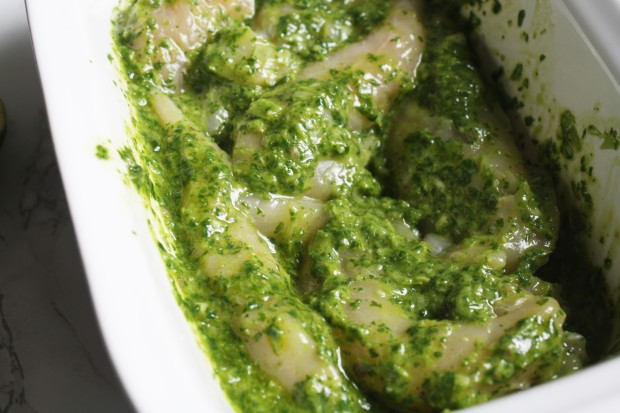 More specifically these loaded salsa verde chicken nachos topped with pica de gallo, avocado and coriander yoghurt – I was not joking when I said that they were loaded.

Nachos are the ultimate sociable snack – which is exactly why I love them so much. They evoke memories of many a fun evening with my friends munching on them: at the pub, in front of a film or watching sports together (though I rarely do the latter).  So as the weather gets colder and the evenings longer it is time to embrace the season of cosy evenings in with friends and the ultimate speedy meal: nachos!

For these nachos I married together the cuisines of Italy and Mexico to create a wonderful fusion of flavours. Salsa verde is a traditional Italian sauce generally used as an accompaniment for meat or fish but I think it works wonderfully as a marinade for chicken which is exactly what I have done with it today. This chicken is then piled on top of nachos crisps, topped with a decent grating of cheddar and then grilled until the cheese is melted and delicious. To bring the taste of Mexico back to the dish I suggest topping it with pica de gallo (a type of salsa) and a coriander yoghurt – both of these may sound complicated but literally take around five minutes to prep!

Basically these nachos are a game changer and you need to make them ASAP! Enjoy! 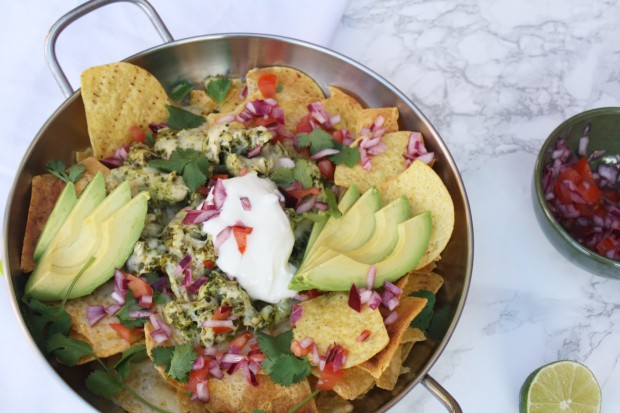 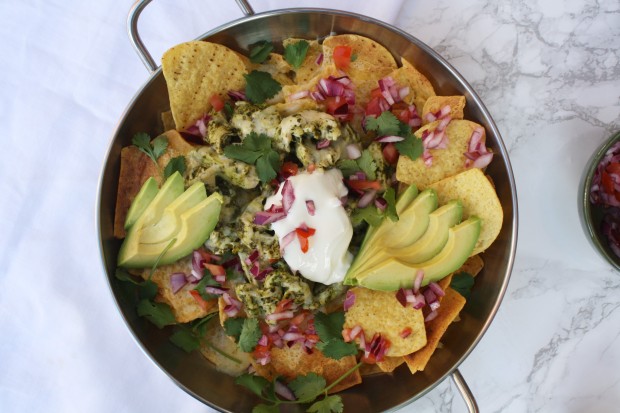 Thank you so much for reading this post, I hope that you enjoyed it! Please let me know what you think in the comments as I love hearing from you and do not forget to follow me on Instagram, Facebook and on this blog to see more recipes and foodie musings from me. The link to do both can be found below if on a tablet/ phone or in the side bar if on a computer. I have also recently joined Pinterest so follow me on there for even more foodie inspiration – my username is Wish to Dish.

Happy Christmas!! 🎄⛄⭐💌 Stir a few sprigs of sage and a dollop of butter into your potatoes for the last 10 mins of cooking to create these gorgeous sage butter potatoes.
I wrote a set of recipes for the ultimate Christmas feast for @womansweekly 🌲🍽️🌟
Smoked salmon with preserved lemon, beetroot and a horseradish crème fraîche. I wrote this as a Christmas day starter but it should be enjoyed all year round. 🍋
A dream come true to see my recipe for Pear & Brown Sugar Puddle Pudding in this months @waitrose magazine🍐
Crispy sea bream with brown butter and samphire for @womanandhome March. Brown butter makes every thing you add it to taste like nectar 😍
Thank you so much to everyone who has already bought our cards ✨💛 There are just a few left in stock now so if you still wanted to buy some, get over to @lucyclaireillustration Etsy shop ASAP via the link in my bio 💌